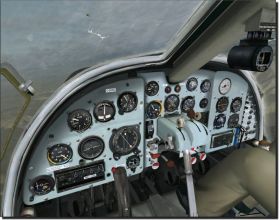 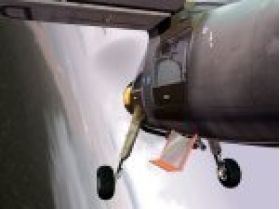 Many of those who came in contact with the Dornier Do-27 could hardly take their hands off it. This add-on for Microsoft Flight Simulator X is quite different compared to the other add-on aircraft you might have experienced.

Besides the extraordinary visual model this add-on is equipped with features that have never seen before in FS. Over 5000 lines of code have been written only for the animations!

Today, flight simulation pilots can be divided in two groups. The first group is trying to simulate flights so that it is as real as it gets, and other uses fly for recreational purposes and mostly do short flights in their spare time. No matter which party you belong to this add-on can be used in two modes: Pro and Simple. In `Simple` mode, this aircraft can be flown just for fun and recreation. In `Pro` mode you always have to keep an eye on all the systems of the aircraft. It is an exciting challenge because operating errors will have consequences. Flight time will be logged in this mode only and the pilot is rewarded with certificates.

Additionally after changing your aircraft to the Do-27, the plane tries to interpret the actual situation and will configure itself. There also two initiation modes that override the automatic detection system: `cold&dark` and `taxi`. It is also possible to let your plane be automatically configured for 3 different operating conditions in realtime (that means, you can see the switches and levers moving while your invisible assistant prepares the aircraft) whenever you want:

Prepare for engine start | Make her ready to fly | Shut off and power down.

The kneeboard provides information and controls for different elements of the airplane, for example the maintenance mode. It helps the pilot with static or dynamic flying hints, and can be used to display or hide different external gimmicks.

Nearly every element has its own sound: switches, knobs, levers, doors etc. There are also sounds for flying with opened/dumped doors, backfires, the chronograph etc.

This very special replica comes in 2 variants (A1, B1) and 6 aircrafts that are different in equipment, panels, exhausts, tires, lighting etc.