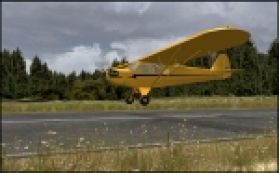 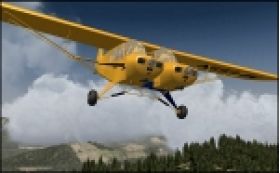 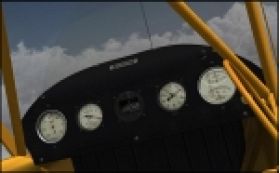 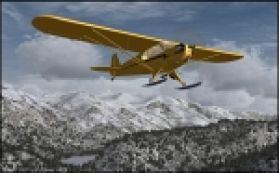 The ultimate Cub collection for Flight Simulator X - one of the most popular and best known aircraft simulated in exquisite detail.

Includes 17 different aircraft models including PA-11, J-3 and L-4 all with multiple paint schemes and tyre, float and ski options!

The Cub variations in this package were in production between 1937 and 1949 and have proved so popular and endearing that not only are many of the originals still flying, but there are many close imitations in kit form still being produced today!

This authentic simulation features thirty-four variations of the J-3, PA-11 and L-4 Cub paints and configurations, including the limited edition 'Flitfire' with RAF roundels.

The J-3 and PA-11 are fitted with wheels, float and ski undercarriage, the L-4 'Grasshopper' civilian paint with wheels and the military paints have wheeled plus float variants. A broad range of aircraft, perfect for STOL performance in all FSX environments, no matter how hostile!

- Paint Kits, so you can customize your aircraft

- Wires and pulleys animate with control movement inside and out