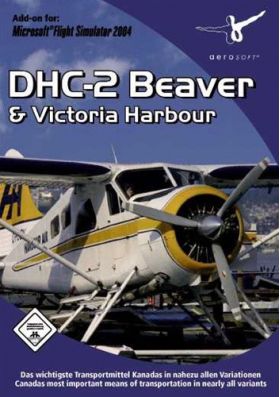 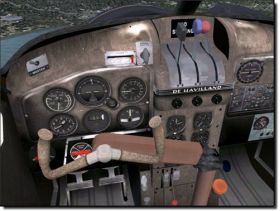 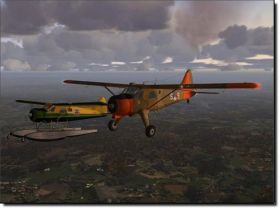 DHC2 Beaver & Victoria Harbour The DHC2 Beaver is our best selling aircraft online and for a good reason. Not only is this a very famous aircraft, but the model for FS2004 is highly detailed and with a large number of models. On ski, floats, wheels, tundra wheels or even amphibious, the aircraft will get you to your destination. Some things age gracefully, some things go beyond that and seem to resist ageing altogether. They are truly timeless. In aviation there are few examples, because aircraft are designed for a defined life span, to be replaced by something better. Perhaps the Piper Cub is one of the few examples, so long after being built, it's still in serious use and not only for sentimental reasons, as they are still very much up to the job. But the DHC-2 beaver certainly is one. In 1955 a new Beaver sold for $30.000 and at this moment a well maintained Beaver with only a few million miles on the clock is worth around $300.000. There are many operators who will tell you they fly the DHC-2 for the simple reason it is the best aircraft for the job and that they do not care that it is older than they are. There is, as far as we know, only one aircraft that is heralded as being one of the most important achievements of a country. But the DHC2 Beaver has that official award presented by the Canadian government. And for good reason; Canada would simply look different than it does now if the Beaver had not provided solid and reliable transport to the regions of the country that can not be reached by road. The rest of the world was quick to see the great aircraft made by de Havilland and apart from air to air combat, there is no task this aircraft has not done. Dropping parachutists, spraying crops, fighting fires, you name it and there is a Beaver that?s done it. On snow, ice, tundra, gravel, grass, water, sand, it's happy everywhere. It has flown on every continent and probably is the only aircraft to have landed at both poles. This aircraft will get you to every place on the globe. The Aerosoft DHC2 Beaver comes with an unprecedented number of models so every version is as detailed as possible. As far as we know this is the first time so many MDL files are used for any FS2004 download... Made internally by a crack team of designers, this DHC2 Beaver has been designed for a wide range of users. Easy enough for pilots with not too many hours, and for the seasoned pilots it has enough features to keep them busy for a long time. It's a high end product that will not demand hours of study. The Beaver was designed to be easy to fly and our model takes this along to FS. We made it to be fun to fly and there is even a touch of drama to be seen in the graphics and sounds. The included scenery enhances the area around South Eastern Vancouver Island/ Ogden Point and Victoria Harbour with detailed mesh, new land class and hundreds of detailed objects and has several seaplane bases to start your flights.
Copyright by Gameexplorers