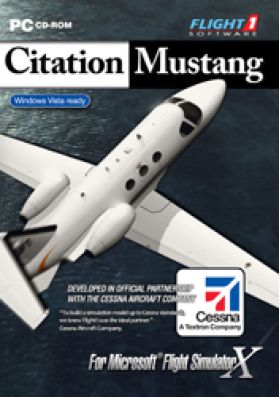 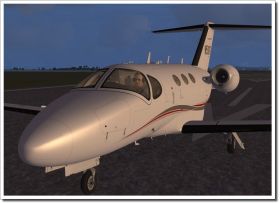 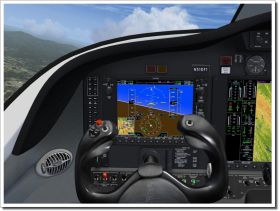 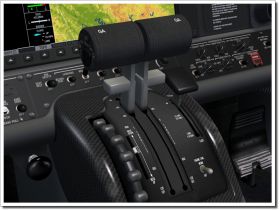 The new Citation Mustang is a breakthrough combination of power, speed and true jet affordability. Now, Flight One Software and Cessna Aircraft Company have joined forces to bring you an authentic simulation of the Citation Mustang exclusively for Microsoft Flight Simulator X!

Unlike many light jets, there is no overhead panel. All the switches and gauges are on the instrument panel and the center console. The thrust levers, pitch trim wheel, flap lever, an alphanumeric keypad for the Flight Management System and the switches for aileron and rudder trim are also located on the center console. The instrument panel is dominated by the huge, centrally mounted multi-function display (MFD) and each pilot has a large Primary Flight Display (PFD).

The Cessna Citation Mustang is powered by Two Pratt & Whitney Canada PW615F turbofan engines, mounted in pods on the aft fuselage. The landing gear is fully retractable and is equipped with anti-skid protection.